Antti Seppänen (MA in Production And Direction) is a director, editor and DOP with an extensive experience on international film projects, especially on education and developing countries. Antti has worked for YLE making news and reportages in Asia and Africa and is also renowned for his commercial and entertainment production. Despite Antti’s comprehensive view on film production, his focus is in the creative documentary. His main piece of work is the internationally awarded documentary film Iceberg Shadow (Illume Ltd. 2009) based on a find of footage shot by a Finnish sailor all over the world. Antti describes his take on film making: “Most important for me is emotion. Too many films, especially documentary films, lack this. Film is not essentially an informational media. If you want to get your message through, you need to put your heart in it.” 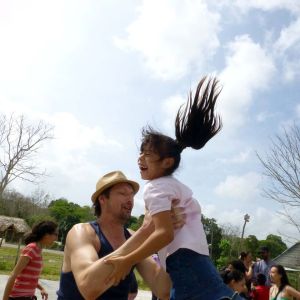