To recapitulate everything that comprises La Casita complex project, we have to go back to the ideal of freedom embodied in the design proposed by Claudia Garduño, whose resulting action is the expansion and increase of freedom and the elimination of all obstructions or restrictions that prevent the development of it, thus decreasing injustices and forging a much more just world. Where they are encouraged to develop in harmony and coherence with who they are.

These essential premises that encompass the ideal of Claudia, outlines a concept of integral development that fits the natural, socio-cultural, economic needs of the community in a sustainable manner. In this way, the La Casita complex responds as a meeting point between different projects materialized and intertwined in a single location. Thus, the La Casita Complex aims to develop individual and community capacities that will lead El 20 to better living conditions.

In this meeting point, the projects are intertwined from the economic dimension as a future eco hostel with community functions where other productive and tourist economic activities prevailing in El 20 (crafts, honey, bird watching, and Río Bec) can also be linked; from the social dimension of welfare, it will contribute to the health program with economic contributions, it will serve the elementary school that borders to the north of the complex; and from the level of water, as a point of provision of this resource. Likewise, due to its spatial location, it can be a link node for the mobility project. And from the natural level as a showcase of available and affordable technologies for the community to take back to their homes, from their sustainable construction procedures that rescue the Mayan tradition (the Mayan house); and eco-technologies such as rainwater harvesting technologies, ventilation, natural lighting, toilets and less risky cooking technologies that lead to respiratory problems.

The above shows the scope of the potential benefits of La Casita Complex, which beyond its formal and aesthetic conceptions, represents a sustainable master plan which is a means for the construction of knowledge through complexity just as Claudia envisioned.

And, to have arrived at all that the La Casita Complex represents, it was a process that has been long and adapting to changes in the context of the community. However, unlike other years, this year more than discussing towards the opening of the possible ways of the solution of the architectural spaces, is to close them to a definitive solution, contemplating all the past process, which goes back since 2012, and determine the cost to ask for funds. There are also pending issues such as the integration of the landscape and the reincorporation of the water issue, since it has a complex problem behind it that involves the health program. And that for obvious reasons, the rescue of the existing cistern outlines the design of a comprehensive water strategy and extends to the community level with the design of an artificial lake and later an effective filtering system.

This is how the 2021 edition of ALM – Action Lab, aims to reach a previous step to the materialization of a noble dream that has been articulated. A dream that has trapped several “labbers” to be part of this process year after year. And it is by concluding the project with the cost of materials.

To do so, the 2021 ALM – Action Lab team from the Architecture and Water part, integrated by Miisa, Silvia, Claudia, Katy, Alberto, Arturo, Rogelio and Ricardo, report what happened in the JAM. The preparations were the same recapitulation and analysis of previous work for the division by themes which are shown in the following Figure and the assignment of final objectives of the course. Which is also shown on the following table.

With this final outcome in May.

From the previous topics, discussions focused on integrating past designs and how to approach technical solutions. Gathering information from past reports to be used as design factors.

From these groups by themes to be developed, missing information was identified and translated into questions directed to different actors such as: experts like Juho or Daniel, previous students, the community of El 20 and the ejidal board.

Among the findings in the area of water from the review of past reports and interviews with the community, the following was discovered:

The findings that were put forward for the water laboratory are as follows:

The master plan is building on the work done last year.

The initial proposition of water lab based from the data generated is in the following figure.

Regarding the “Aljibe”, the experts determined a sketch of the rehabilitation, which is shown in the following figure. 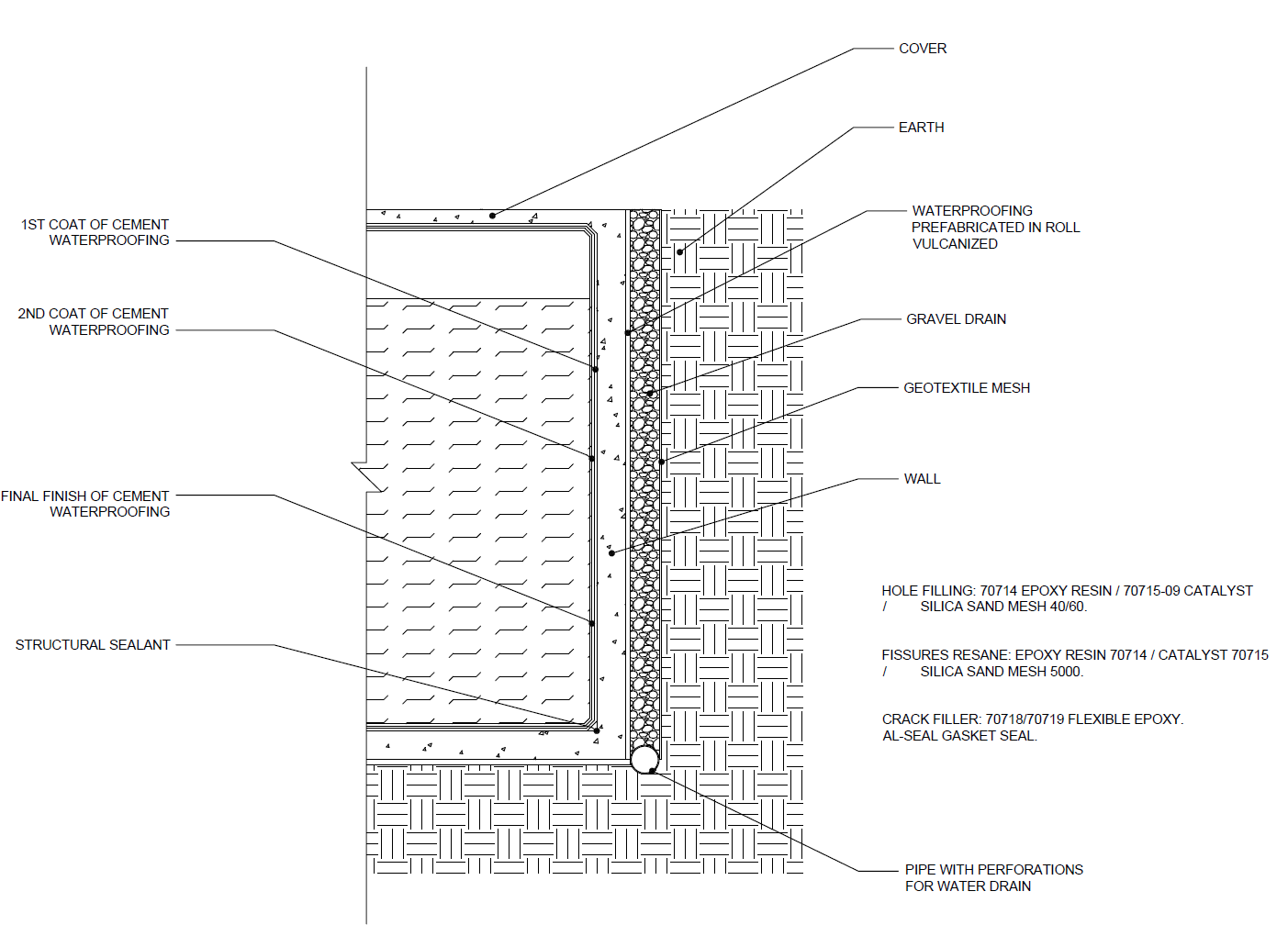 In addition, the rehabilitation works have already been organized in a catalog of concepts, yet to be reviewed and quantified.

Regarding the kitchen and dining area, the discussion focused on narrowing and improving the proposal made last year.

Regarding the functional part and space distribution, the kitchen was reduced to its essential size, expanding the dining area and gaining space.

In accordance with the facilities, an additional water storage system was defined for the cistern for use in the kitchen. The capacity of the system is yet to be defined.