In the southeast of Mexico lies the Calakmul Biosphere Reserve, one of Mexico’s largest remaining rainforests.  Composed of an amazing biodiversity of animal and plant species, several of them existing nowhere else in the world, it provides key environmental and conservation benefits for Mexico and, indeed, for the the entire planet.  The region used to be one of the homelands of the Mayan civilization.  Now it is occupied by a few, relatively isolated communities.  And these communities are now facing several severe poverty challenges, such as poor access to healthcare.   They confront the permanent threat of environmental degradation as a fast way to increase their incomes, and many have done so.  Their poverty makes a stark contrast to the abundant natural wealth these communities have. 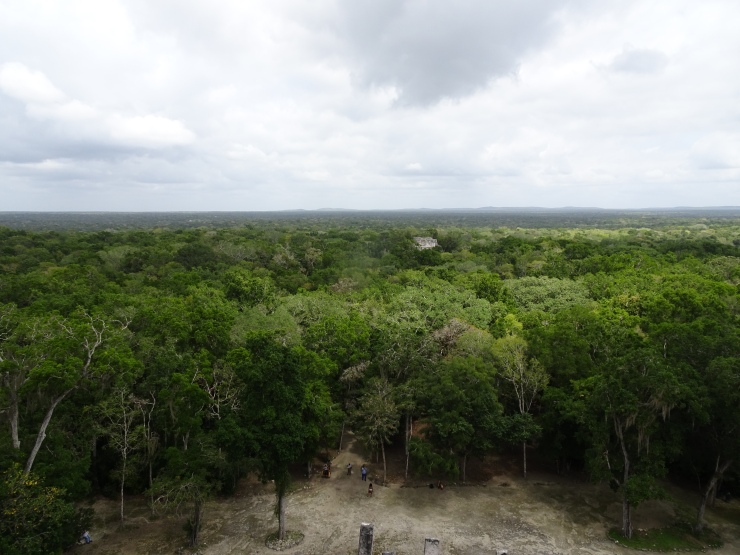 Among the Calakmul communities there is one in particular who has done a great job at taking care of the nature that surrounds it: El 20 de Noviembre, also known as El 20.  They are considered a role model for other Ejidos and Comunidades because of their almost zero deforestation rate.  This is due mainly to their strong organization, their conservation values and commitment, and the sound management of their timber resources they have had over the past decades.  For many years they took care of their land to be able to extract timber in such a way that the forest was unharmed and functioned as a source of sustainable income for the community.

In a move which we don’t understand, in 2010 the Mexican government prohibited all timber extraction in El 20, even if it was done under sustainable criteria.  Losing this income, the community now is seeking for other ways to use their forest to generate employment in a sustainable way.   The government enrolled them in the Payment for Environmental Forests Program for their conservation efforts, but so far it is not enough to move the local economy in a sustainable way. Some options that the community has been exploring are handcrafts and tourism.  And this is where we, the Aalto Lab Mexico team, decided to join in and help them out in their efforts.

El 20 face very hard poverty challenges, but it counts with a very rich resource base and great people, smart, energetic, adventurous and warm.  The question now is: how will they create a path out of poverty?

Few weeks before the trip started the whole ALM team began working, meetings were held in all our places around the world, in Mexico City, Monterrey and Helsinki. Each team, divided by university, began working on their own subject, all around the main objective: to make El 20 a better place.  The Aalto University team worked on water, CEDIM University worked on crafts, UNAM’s group on dry toilets, and us, the Tec team, focused on sustainable tourism. This year’s trip was quite unique for the ALM project, we were 30 members between labbers, facilitators and experts, the largest group for ALM so far.  Before travelling we defined our specific objective: collect in this trip all the possible information to be able to co-design with the people at El 20 a tourism project that supports in an integral way the community’s well-being.

With this in mind we started our trip. It started with the arrival of the team here in Mexico City and a welcome party that worked as the first effort to unite the entire team. Then, after planning the week at the community, we flew to Campeche. At our arrival our first approach was a meeting with the whole community where we got to explain our separate themes and how they formed part of the whole project. Since that moment the community made us feel welcome. And at that meeting we got to meet our new team member Herson, a 19 year old student from El 20 which had just started his bachelor’s degree at the new university Tecnólogico de Calakmul.  He would be interviewing people with us. 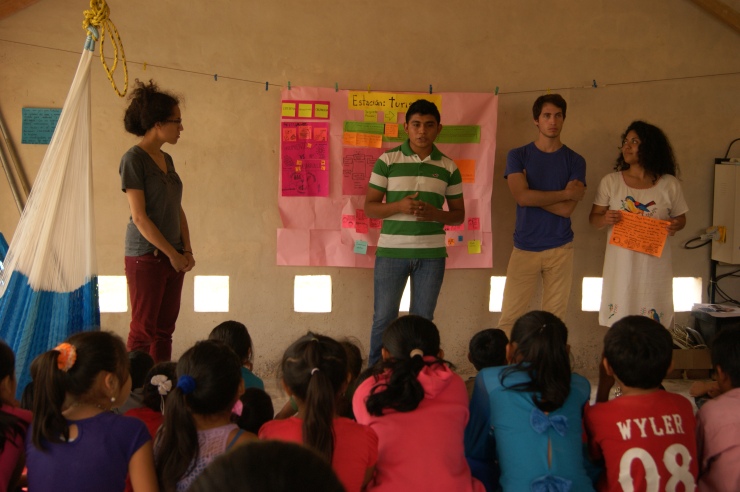 We spent the next six days from house to house interviewing everybody we could. We kept being amazed by the warmth the people showed us all the time.  By the end of each day we would share our insights, and the emotions felt throughout the day, cross-checking facts and talking about what people had told and showed us.  At the end of the week we had made a basic analysis of the community’s social structure and the ecosystemic services the forest provided. We synthesized it into three insights:

With these insights in mind we created an ideal vision of how tourism could work in the future. This vision is the storyboard of a visitor’s trip. We thought in how each activity the visitor brings, not only income, but foments social cohesion, strengthens cultural identity and preserves the environment. On the other hand we also identified how each of the ALM projects would form part of the entire development plan.  For example dry toilets would support current population and the number of tourists without polluting the community scarce water sources and crafts would provide employment and increased attractions and sales.

The trip didn’t end when we came back from el 20 to Mexico City.  We had to present our work at the Finnish ambassador’s house, and we had only two days to prepare the presentation, two days of intense work to thank our supporters, show our findings and gather more support for the next round of efforts.

We created a metaphor in order to understand better our project, the tourism train. The train is the engine that gets us to our destination, and the railroads the paths guiding  the train to get us there. If tourism grows, (the train accelerates), without a strategy, (a railroad), it could lead to problems such as a higher inequality or environmental degradation despite its economic growth. Therefore we need to build together, between ALM members and villagers, a strategy that takes the train in the right direction.

So, what’s next? To keep analyzing the information collected in the interviews and create new ones for visitors. Then investigate about similar cases of community-based tourism in similar forests in Mexico and elsewhere and identify the reasons of failure and success in them.  Benchmarking and lessons learnt are the key element now.   This information will then be synthesised into a document that the Aalto Lab Mexico Tec team will present to the community members in El 20 in our next visit, in order to move to the next stage in co-designing the tourism strategy with them and its gradual implementation.